This was where I encountered my first hurdle. Ask five different men what masculinity means to them and you will get five different answers, for five different reasons. This variance in opinion is due to the fact that nowadays, as Jack Donovan (a prolific writer on the topic) puts it, masculinity is an option.  This is due to a combination of our needs being conveniently provided for (removing the need for the competence in acquiring them) and our living in the relevant safety that we do (removing the need for the physical competence to defend ourselves). With no hard and fast guidelines for modern men, and more importantly boys, to follow one’s masculinity becomes a reflection of what one thinks a man should be. This, at times, unfortunately relies on pop culture action heroes whose existence is very much divorced from reality .

My second hurdle encountered was the fact that masculinity is nowadays frowned upon. Terms like macho, chauvinist, misogynist and the current trendy concept of ‘toxic masculinity’ are commonly encountered when one reads articles related to manliness in some way, shining a very negative light on the great contributing potential that all men have in them. In some cases, even chasing some away from the path for fear of being labelled as such. So, what I was facing was something vaguely defined and frowned upon.

Despite the miasma of negativity, I recalled the local Maltese word for masculinity, ‘irgulija’. This word has many positive connotations such as bravery, decency, honour, strength and integrity in one’s comings and goings. With this to support my explorations I took to the history books and decided to look to the past for answers. Some notable names that came up in my searches were Theodore Roosevelt, Jack London, Sir Richard Francis Burton, Marcus Aurelius and Seneca. All competent self-made men, warriors, writers, philosophers, explorers, heroes all. They looked at life as a series of opportunities to assert themselves against, and in so doing exercising the very moral fibre that made them such great men. As Seneca himself said;

“No man is more unhappy than he who never faces adversity. For he is not permitted to prove himself”.

Were one to look at this mathematically and take the average of the words of these great men one would find the building blocks of what makes a man may be summed up in a single, timeless word: Character. In his book ‘Character’, Samuel Smiles, in 1871, defines character as the highest forms of human nature for no other reason than it exhibits man at his best;

“Although genius always commands admiration, character most secures respect…Men of genius stand to society in the relation of its intellect, as men of character its conscience; and while the former are admired, the latter are followed”.

In this book character is divvied up into its many constituent parts. What is interesting about all these components is that for them to be accounted for they must be done so in the presence of others. This taught me a valuable lesson. If I was to be the ‘better man’ I desired to be then I would need to exercise these qualities in social settings, not in isolation as I had previously imagined (falling prey myself to the unrealistic Hollywood loner hero archetype). The saying no man is an island echoes truly in each of these chapters for in order for them to have credence they must be weighed and measured against the daily interaction of life. Self-improvement does not exist in a vacuum after all!

If I was to count myself as one of the five men mentioned earlier in this write up, and if someone were to ask me what I thought masculinity meant, I would say it is the constant development of competence and character with equal intensity as to bring out not only the best in oneself, but to also inspire it in others. Taking a page from Norman Mailer’s book,

“Masculinity is not something given to you, but something you gain. And you gain it by winning small battles with honour”.

Mike & I were chatting at a seminar one day about what it means to be a man in a world where the concept of masculinity is shifting. As women, we experience struggles for equality and most of us wish we felt more valued. At the same time, men also have their struggles, and they tend to be quieter than we are about their vulnerabilities. I asked Mike if he would be interested in sharing some of his journey with you, and he agreed. I hope that he will be able to answer some of your questions about the challenges that men face in today’s world and give some tips for coping. I welcome Mike to our community. Learn more about Mike below and show him some love.

Book a therapy session with Emma.

Have your work featured on A Life I Choose by writing a guest blog post or contributing a cover image. Contact Emma to let her know you’re interested.

Michael is a psychotherapist in training, a martial artist and reenactor, loves the outdoors, travel and adventure. He believes that the answer to most questions can be found in the places we avoid most. View all posts by writesmjb 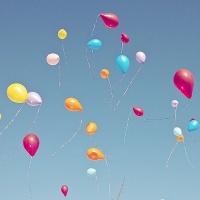 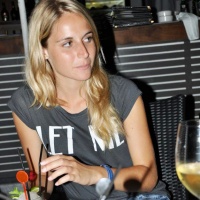 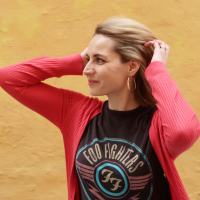 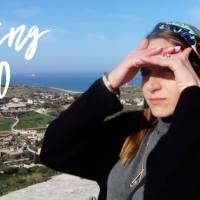